Cheyenne, Wyoming: The Oak Ridge Boys brought “The Boys Are Back for Christmas Tour” to the Cheyenne Civic Center Sunday night. A sold-out crowd of about 1,500 people came on a chilly and snowy evening and gave their hands much exercise clapping to many of the 28 songs featured during an approximately two-hour performance (minus the intermission).

The Oak Ridge Boys’ show was broken down into two programs, with the first part featuring non-Christmas classic hits and new songs, while the brunt of the program was a country- and gospel-style holiday spectacle.

Disclosure: I’ve been an usher for the Cheyenne Civic Center since the 2004-05 season. But what I write are my own observations. 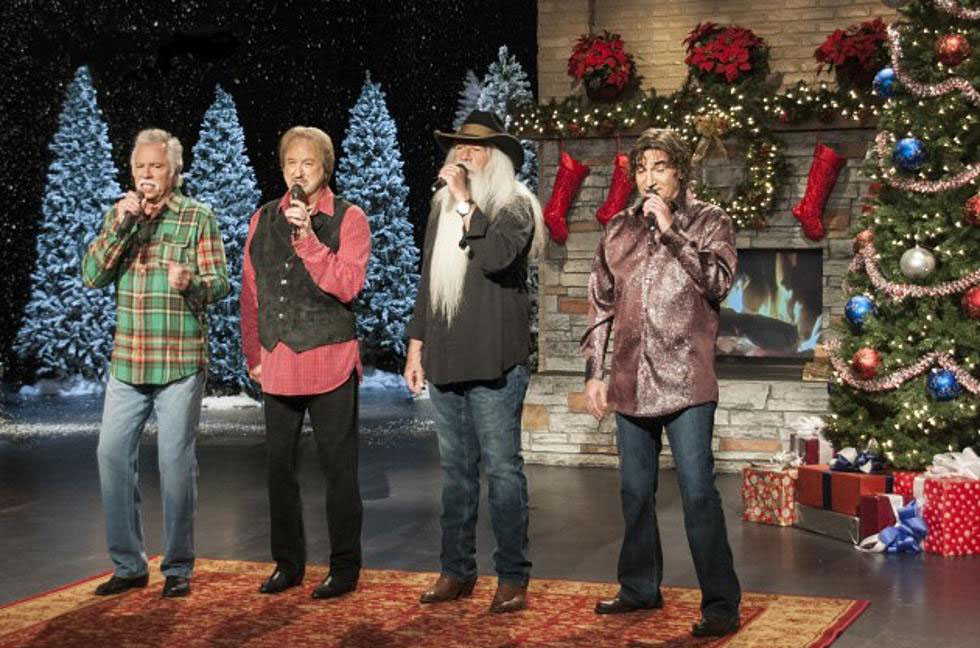 Joe Bonsall, Duane Allen, William Lee Golden, and Richard Sterban came out one by one to open the show with the thundering tune “The Boys Are Back” from the album of the same name (Sterban opened this song with his deep, penetrating voice, which enthralls the fans whenever he sings solo). The group was backed up by their Mighty Oaks Band, which, at times, had six members on stage performing.

The background also featured various video footage to go with the songs, which included classic hits like “American Made,” “Y’all Come Back Saloon,” “Beautiful Bluebird” and “Thank God for Kids.” “Elvira” closed out the first part of the program, bringing down the house, for the Cheyenne Civic Center audience not only clapped along with this song, but they also sang along enthusiastically.

Also from the newest album The Boys Are Back, the band crooned out “Boom Boom” and “Mama’s Table,” the latter featuring video footage of old photos of family get-togethers at the table.

Because of the intimacy of the auditorium and the group’s performance style, the Cheyenne Civic Center had the energetic feel of being in a honky tonk (without the smoke or booze) during the first half of the concert, even from the balcony for the 10 non-holiday songs performed. 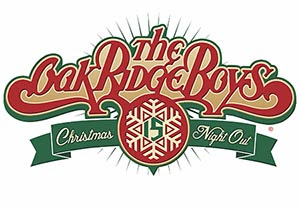 Yet the atmosphere of Cheyenne’s performing arts complex changed with the second half of the concert, where five Christmas trees that constantly lit up and changed color helped play a role in giving the auditorium a real homey holiday feel over the course of 18 songs, which included their country and/or bluegrass style interpretations of holiday classics like “Jingle Bells,” “White Christmas,” “Happy Christmas Eve,” “Jesus Is Born Today (It is His Birthday),” “I’ll Be Home for Christmas,” “Christmas Cookies” and many others. The members of The Oak Ridge Boys were dressed in holiday-type shirts, except for the long-bearded Golden, whose glittering jacket was designed for the Christmas season.

Colorful snow fell during the band’s rendition of “Winter Wonderland”,,which caused some “ooohs and ahs” amongst the sold-out crowd. Bonsall later joked with the Cheyenne Civic Center crowd, exclaiming, “I think it’s so cool for people in Wyoming to ‘ooh’ over fake snow.”

Someone dressed up as ol’ St. Nick came out and greeted the members as they sang “Santa Claus is Coming to Town.” A plush chair was set up for Santa as Bonsall joked around with him. The Boys sang some tunes in his presence, including “Mrs. Santa Claus.” Santa then went out into the orchestra seating area to give out some goodies from his stocking before departing.

Toward the end of The Oak Ridge Boys’ show, the four members left the stage so their backup band could perform “Have Yourself a Merry Little Christmas,” which featured Jimmy Fulbright as the lead singer. This was the first time the holiday-themed tour has appeared in Wyoming’s capital city, even though Bonsall said they’ve performed at Cheyenne Frontier Days eight times. The audience gave two standing ovations to the performers.